Only one work would befit the Anzac Day opening of the rebuilt War Memorial Theatre. That work was The Armed Man, Soft Machine rocker turned classical composer Karl Jenkins’ modern mass to peace. 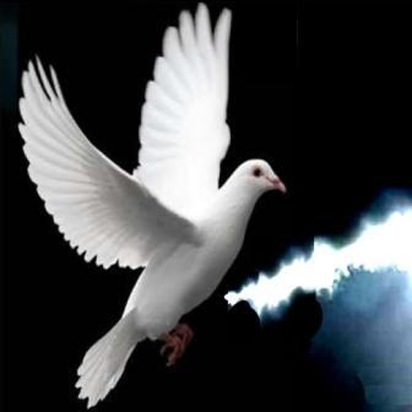 “I see a mind-blowing, possibly multi-media production of The Armed Man that involves the Gisborne Choral Society, Boys and Girls High choirs, and full orchestra, with maestro Gavin Maclean on baton, and Mark Peters as production manager, at the new, acoustically-improved War Memorial Theatre on Anzac Day next year,” I pitched to Gisborne Choral Society conductor Gavin Maclean in May 2014.

The Armed Man is based on the Christian mass, but with text drawn from writings about war from across the ages it has a strong secular appeal. 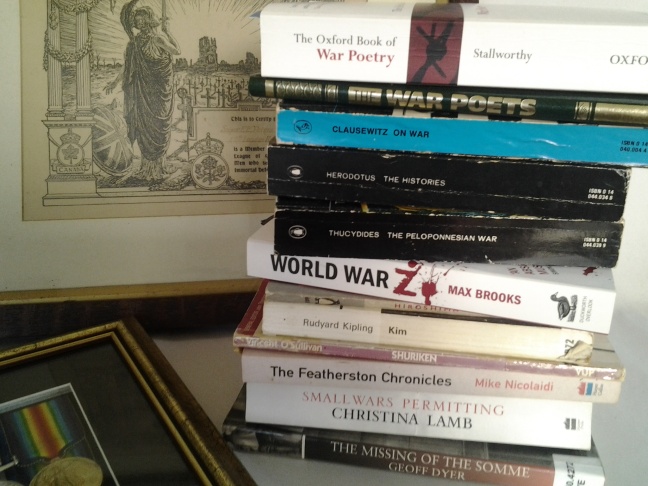 The work’s 13 songs begin with the notion of marching off to a grand adventure. The songs advance through the charge and the horror of war and are rounded off with a song of hope. 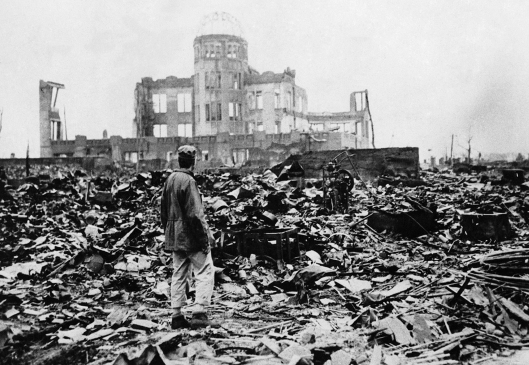 Each song was accompanied with war-based footage back-projected on to the cyclorama.

Scenes from German propaganda film-maker Leni Riefenstahl’s Triumph of Will, which features shots of choreographed rallies, provided a backdrop to the concert’s first song L’homme arme (The Armed Man). This is based on the 15th century French folk song of the same name.

Sung in French, it says “The armed man must be feared/ Everywhere it has been decreed/ That every man should arm himself/ With an iron coat of mail.”

I pitched the concept of staging The Armed Man to the War Memorial Trust.

The initial response was that it would be too difficult to do.

Time passed. I made a more impassioned pitch. More time passed. Then Gavin emailed to say “This wonderful idea is on again!”

He, Mary-Jane Revington and I made a small production team. Music teachers Jane Egan of Girls High and Boys High’s David Lindup, with Maria Jefferson, got on board.

Gavin worked up a rehearsal plan and sought funding, Mary-Jane sought quotes for hire and royalties, I sought singers and musicians. 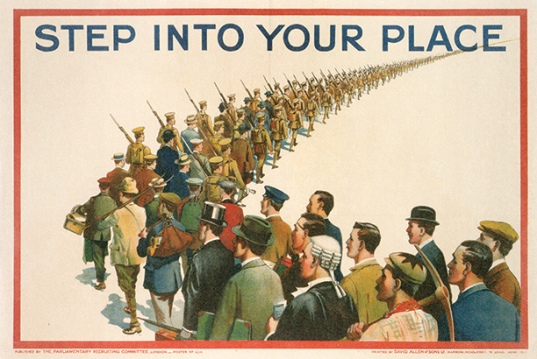 Gisborne Civic Orchestra leader Richard Flyger agreed to invite his people. Gavin and I made a presentation to the Boys’ High choirmen. The first slide depicted a group of Gisborne lads in World War 1 uniforms at what could have been Anzac Cove but was actually Sponge Bay. 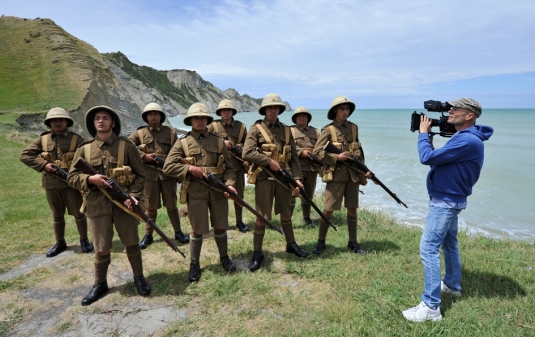 These young men are about your age, I said. That’s about the age they would have been sent overseas to fight.

Another slide showed banks of a huge choir with a huge orchestra below, and behind them a cyclorama that screened a tank rolling towards the audience.

The next picture was of people on their feet and clapping madly.

That’s what our audience will do, I said. 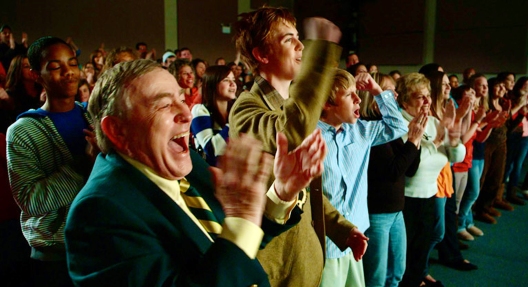 We made a similar pitch to the Girls’ High singers.

I press-ganged civilian recruits. My dream was to see a 100 singers onstage. 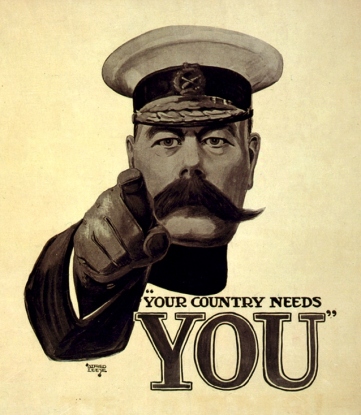 When I dreamed I tried to talk the Mormon Tabernacle Choir into signing up I suspected I was over-reaching.

I wasn’t the only one.

Gavin took on the phenomenally demanding task of rehearsing the GCS choir, school choir men and women as well as holding lunchtime rehearsals for students and top up rehearsals for others. As a relative newbie to singing, I rehearsed at home most nights. As with regular rehearsals I was pleasantly spaced out afterwards. I put this down to the concentration on breathing patterns regulated by repeated phrases lifted by musical passages and their harmonics. 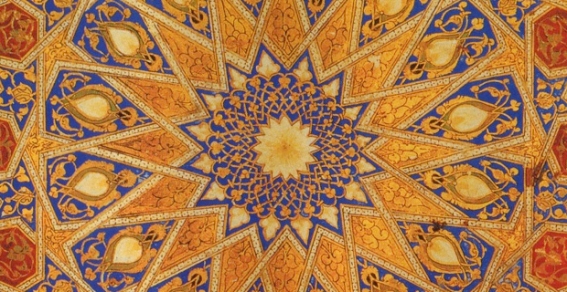 Deeper down was the atavistic connection with ancient languages from my European heritage, the ritual of the mass which I know nothing about except it’s there in bedrock of civilisation as we know it, and with my mum who was a cellist and often performed in churches, and with my great-grandfather who I never met but was a sniper at Ypres.

After rehearsals my back felt like I couldn’t stretch enough. All my internal organs felt like they had been rinsed and slotted back in a more comfy position than before. My colon – way too much information, I know – felt like a slave who, for the first time in 50+ years, was freed from sleeping with bent legs in a confined space and could stretch out.

I found myself standing differently when upright, breathing more freely when walking.

If I went for a swim afterwards, the sensation was borderline epiphanic. It was yoga on the inside.

One evening after a glass of red or three I practised the last song of The Armed Man, saw a standing ovation in my head, fell into bed and dreamed I was Jesus except my flock was a couple of Jack Russells.

There were almost a hundred of us onstage for the one-night only performance. From where I stood on the top tier of rostra, I looked into the bright well of the orchestra with its armoury of silver pipes, flared brass; ivories, hide, winds, tubes, strings, polished timbers and resins.

Transported by their music we marched, we soared, we rocked. In the last bars of the last song, the second basses, the grunts, held a long deep note. The first basses gained altitude with their lovely harmonic and a squad of sopranos went astral on an octave above us all.

The lamps dimmed and Gavin folded his hands in front of him. The audience stood up to applaud and we were bathed in light. 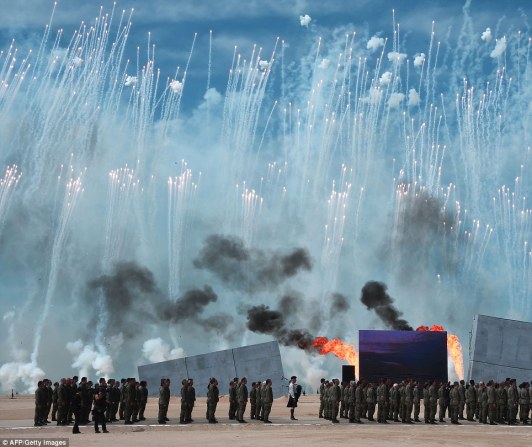