The sky was blue enough to burst when Jas and me biked out to the chicken farm that summer. There was no wind as we biked along the back straight and we could hear the roar of breakers in the bay.

All this used to be under ocean once, said Jas.

He out on a burst of speed to chase after a passing gull. 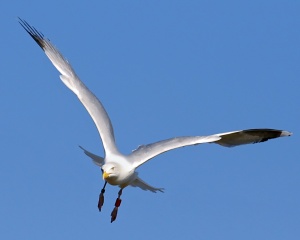 When got to the farm we dumped our bikes in the shade of a willow. Lichened fence posts leaned over the ditch under a tumble of wild roses. Down the track, the silver chicken shed shimmered  like it was underwater.

The boss waved us in. He handed Jas and me a wire brush each. We looked down the hangar. Rows of wire cages ran the length of the shed. The cages were full shrieking chooks. They were raised off the floor by metal poles. Chicken shit dropped through the cage floor and added to the piles of it below. A good deal of it stuck to the wires.

Brush cages! shouted the boss over the din. Floors and egg runners spesh, like.

Jas looked down at the boss’s speckled head.

Hygiene, like, coughed the boss through his hankie. He stumbled out into the sunshine.

Jas walked up and down the rows. He peered into the cages. At smoko he got into an argument with the boss about the state of the chickens.

He said they had a disease that made their feathers fall out. Then he walked off the job.

He lives in the Northern Territories now. Australia. It’s about as far from the farm as you can get. He bought himself a bit of dirt where the desert stops at the ocean and built a house there. On stilts – in case of crocs or snakes.

I was sorry to see him go and all but I couldn’t up sticks like that. Anyway, there was plenty to do at the farm. By the time I finished wire brushing the last cage of the last row it was time to start on the first one again.

Jas was wrong about the chicken skin-disease though. What was happening was the chooks pulled out their own feathers and when they had done that they pecked holes in their skin.

The smell of blood drove them nuts. They attacked my hands beak and claw when I cleaned their cages.

Apart from the cuts on my fingers, and the constant racket – it went on in my head at night – I got used to it.

The boss’s boys, though. They hated the farm and all its chooks and just about everything in the world that wasn’t guns or liquor.

When the boss was away at the tracks one Sunday, the boys invited me to join them for some target practice. They brought their rifles, some home brew, a spade and a sack of chooks. Up in the hills, they buried the chooks up their necks in the dirt the took turns shooting their heads off.

Every time they blew one away there was a little red fountain in the dirt and the other two boys yelled SKULL which meant the winner gulped beer till he puked.

Then the next one had a turn. The rifle and the home brew went round and round.

I felt bad about the headless chickens in the hills. One winter’s day I went back and planted small bone crosses where the chooks had been shot.

The boys found out. They got drunk and took me back up there and got drunker on the way. They made me dig a deep hole in the middle of the field of bone crosses.

I climbed in at gunpoint.

The boys shoveled the dirt back in around me and stamped it down. Then from a few yards away they took turns shooting the bone crosses into stinging splinters. There was a lot of hollering. It was getting on to dusk by the time I wormed my way out of the hole. The boys were gone. I can’t remember this bit clearly.

The chicken-chatter in my head fell silent otherwise life went on as normal after that. Then one morning, I got a letter from Jas.

Mail for you, said the boss. He handed me a sealed envelope.

I took out the letter and held it up to a corona of sunlight pricking through the corrie and read.

It’s like living between two continents, said Jas. (He’s a poet these days). Imagine if you dived and dived (and a marine biologist) and went down in your dreams deep enough and never had to come up for air, that’s what it’s like living out here.

We got black cockatoos in the blue gums and blue-greens in the lagoon. 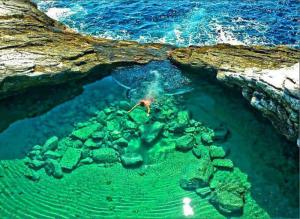 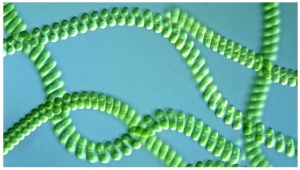 I was about to read it again when there was a scuff behind me. I stuck the letter behind a noggin and turned around.

The chooks fell silent. There was a frantic rustling and scratching from beneath the raised cages.

The boss’s boys stood in the doorway.

Guess what day it is, said one of them.

“It’s rat day!” shouted another one of the boys.

They closed the door and bolted it. The three of them marched down the aisle and smote the chicken shit tenements with staves of stripped willow. The floor was a swirling carpet of black rats.

The chooks went nuts with shrieking.

Dogs bounded in. They whipped their heads from side to side – rat necks snapped in mid-air; rat bodies bounced off the corrie walls. A bull-headed mongrel bowled me over as dived into a nest of writhing rat farrow. The mother, black humped and bleeding, crawled onto my foot. I kicked it away. Blood thumped in my ears. 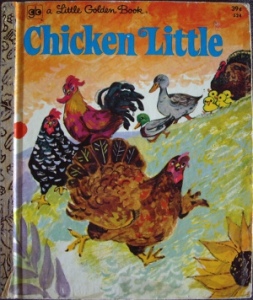 But what was really happened was the earth rose like a sea and swallowed me up. When I opened my eyes I saw how it had always been with the world.

The earth was riddled with tunnels and the tunnels teemed with rats. They fought with themselves, bored into the drains and escaped into the cabbage tree swamp down the road where they attacked the wekas thinking they were chickens.

A hump-backed column of them tippy-toed past Fong Louie as he squatted among his watermelons, then clittered across the road. Some infested the cemetery where they scratched around inside my skull with no escape because I was already buried.

I saw a pin prick of light ahead of me and clawed my way out of the ground and through the shouting and barking to get to it.

Been a rough year, said the boss when I got discharged from ward 11.

The boys stood by the chicken shed. One had his arm in a sling. The other two had nasty cuts on their faces. They looked small and pale against the bright corrie and looked at the ground when I waved.

I flew out that afternoon.

Out here there is a shadow in the sea where the reef is but the lagoon is deep and clear and magnifies the marine life. The water’s edge is only yards from the house. Giant jellyfish sink and swim in its shallows.

As long as I’m here, Jas has got me writing the story of my life.

I asked him what the rest of the story would be about if it took me the rest of my life to write it.

My brother’s wife’s name is Zoe. She is brown and salty. Little j tells me his mother met Jas in Siberia and proposed to him in Mongolia. Little j was conceived in Tibet and born in a kontiki on the Indian Ocean.

He spent a good part of his early years in a submersible off the Galapagos Islands, and a short time in Papua New Guinea where he and Zoe learned Shark from a man with a candy-striped straw through his nose.

j told me all this as we walked around the lagoon picking up driftwood on the way. The sand was white hot and too bright.

What have you got where you come from? said j.

But all that seemed a thousand miles away. Which it was.

In the evening we sat on the verandah. There was no wind and the candles burned steadily in their sardine tins. Beyond the reef was the white noise of surf. Zoe was talking but I was too drunk to listen properly.

Out here, she said (and as my head sunk to the table I knew she was about to quote something), in the perimeter, there are no stars.

The sky was actually flung across with them (but this is poetry, I thought and something deep in it spoke to the same in me. I had no place in  it but it rose in me and expanded and filled the bluedeep with silver stars.)

Down on the sand, the burning driftwood collapsed in on itself and the embers glowed surrounded by darkness and the white noise beyond the reef.

I awoke to find myself on my mattress in the shape of a cyclist with the sheet in a tangle around my legs. Outside my window the dinghy, moored by a rope to one of the stilts that supported the house, rocked gently.

The sea must have risen in the night.

j stuck his head around the door to say they were going diving and did I want to come but I said I might just stay behind and finish the story of my life because I’d nearly got to the end which is really the beginning because it brings us to the present which is the last thing that happened in my old life.

I lay down and waited for the words to come but all I got was the sound from beneath the floor boards of softly glopping jellyfish as they swelled and subsided against the piles with the sea, the only things living in it being not of the this world but self-contained and clear, with the evanescence of amethysts, their filaments trailing the clear colour of poisons, catching the light.