“Auckland Volunteer Coastguard rescued a man shipwrecked on Brown’s Island after getting confused between east and west. He dialled 111 from the island and said he was being attacked by cows, then turned his phone off when he thought cows would find him up the tree he had climbed.”
The Dominion.

Mr Lee is packing his bags for his return (by plane) to China when I phone to inquire after his close encounter with cows.

“It was a very awful experience, in fact,” says Mr Lee. His accent has a faint American inflection.

“I can be very honest: I was very silly.”

He is too hard on himself. Before venturing out from Auckland’s Mission Bay in a four-metre inflatable, Mr Lee packed food, water and a bottle of tea; he sealed his cellphone in a plastic bag, put on a lifejacket and plimsolls and studied the weather forecast.

“I checked Teletext for wind and swell. It showed it was beautiful. But when I got out into the middle of the harbour it was very big. I cannot go to where I want to go, the wind and tide is so strong.

“Then I saw a little island.”

Island of the Cows. Or, as it is yclept on the mainland, Brown Island. 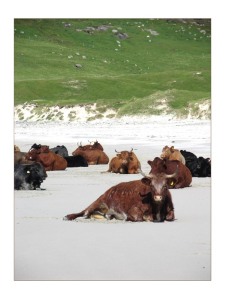 “So then I try to control the direction, but it was shallow water, there was a lot of shells. The inflatable was cut.”

Mr Lee towed the deflated inflatable to shore only to be approached by a herd of about 40 cows. Communing telepathically, they stared at the sea and chewed the cud, their clover-eyes concealing the collective lunatic malignance of the long marooned.

It began to rain.

“They come closer to me!” shouts Mr Lee.

“They drove me into the water. I called the Coastguard and told him there were a lot of cows. They say, ‘Well, okay, you just climb a tree.’

In his haste, Mr Lee dropped his tucker-bag. But he still had his cellphone and dire messages followed.

“The Coastguard called me to say the cows are fine. But to beware of the birds.”

“I cannot give them names,” he says quietly. 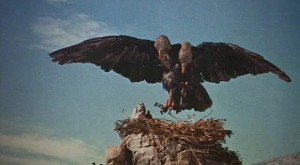 “English is my second-language.”

The Coastguard called again, this time to tell him that they wouldn’t be able to reach the island until the tide came in.

Mr Lee was trapped in his tree.

“The cows were standing beside my gears. I just sit in my tree and watch them and they watch me. They don’t go away, they don’t move, they just stand there and watch.”

We on the mainland live among cows and have no beef with them. In many ways they are our bread and butter. Distantly related to the whale, island cows are a whole different kettle of fish. Big, dumb, walking fish. Darwin, Attenborough and Bellamy might have found in Cow Island another Galapagos.

It is quite conceivable then, for one inexperienced in the way of cows, that the island’s beasts of the sea are hard-wired to intercept to cell-phone signals.

But isolated on his speck in the geographic unconscious, and prematurely mourned by the unearthly dirge of soughing macrocapra, what happened next is a little ambiguous.

Mr Lee recalls only that, since he knew the Coastguard would not be able to reach him for some time, he turned off his cellphone to save the batteries. Soaked through from rain and from being driven into the water, he withdrew deep within the tree, out of the wind, safe from the island’s unnameable birds and staring cows.

In 1528, Spanish explorer Cabeza de Vaca, “Head of a Cow”, was shipwrecked on an island off the Texas coast. 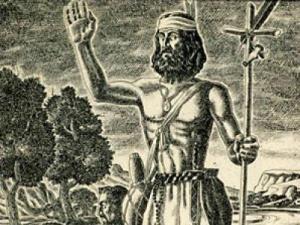 He called the island Misfortune and spent six years there. Eventually he reached the mainland and lived among the Indians but later talked co-survivor Lope de Oviedo into accompanying him to the Pánuco river. But it was too late. Lope de Oviedo had gone native. He turned back and was lost to history.

There are, perhaps, parallels in Mr Lee’s experience.

“Maybe the Coastguard were continuing to call me,” he ruminates down the phone.

“Or maybe they were already on the island and couldn’t find me because I was hiding in the tree.”

Mr Lee won’t be enticed to regard the ordeal as, you know, a bit of a laugh, looking back and that, but as a salutary experience. Cowed, not beaten, he is nevertheless resolved.

I have a no idea if Mr Lee made it to China. He doesn’t return my calls. For all I know, he got off the plane in, oh I don’t know, Kowloon.